Brain aggregates are often accompanied by astrogliosis, characterized by an altered astrocyte morphology and an induction of the protein GFAP in these cells.
Recently, astrocytes have been identified as the neural progenitors in the adult brain, even in non-neurogenic regions. This finding has important implications for neurodegenerative diseases, since astrocytes are present throughout the brain and thus also in areas with pathology or damage. A prolonged accumulation of aggregated proteins, caused by, e.g., a deficient ubiquitin proteasome system, will lead to neuronal dysfunction, and eventually neuronal loss, in specific brain areas. Therefore astrocytes may be an invaluable pool of progenitors that may be stimulated to replace degenerating neurons in these brain areas. Our group aims at understanding the role of the ubiquitin proteasome system in Alzheimer’s and Parkinson’s disease, the interaction between aggregate formation and astrocyte activation, and the potential of the astrocytes to facilitate neural repair in neurodegenerative diseases. 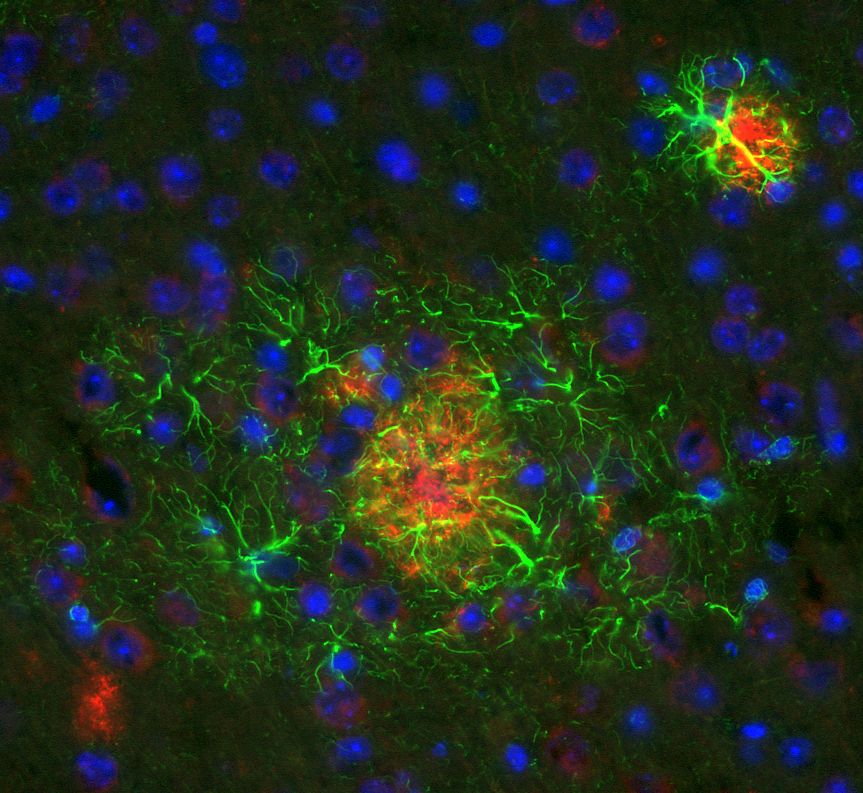 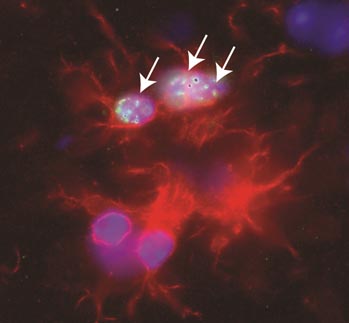